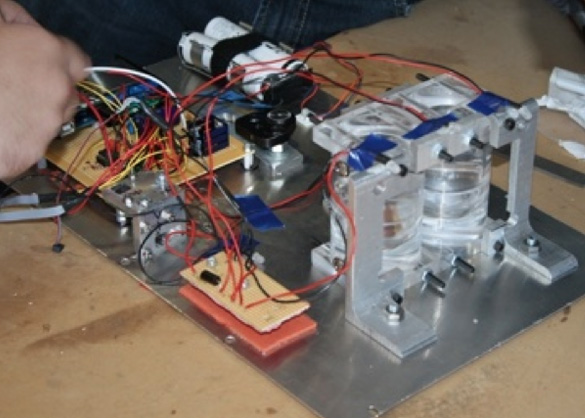 Two tank and PMD combinations are proposed: one representing typical PMD for a GEO satellite and one representing a typical PMD from an inter-planetary spacecraft. Acquisition of video data during low-g portion of the rocket flight will move the TRL of zero-gravity surface tension propellant management of AFM-315E from TRL 4 to TRL 5.

This aids the Green Propellant Infusion Mission and can impact many future missions and vehicles.

Below image shows the Armadillo STIG rocket packaging for the experiment instrumentation and control circuitry being built for the proposed UP Aerospace flight test.