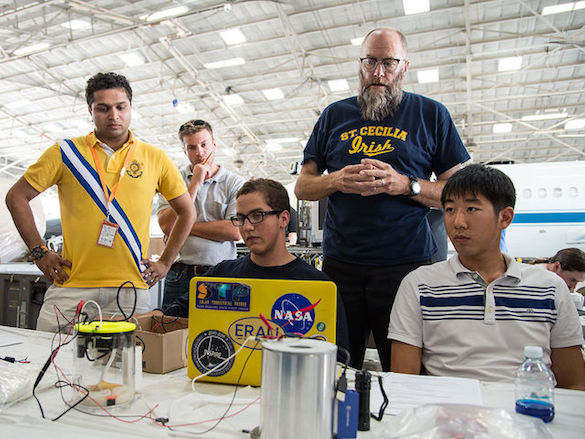 No plant-based biological spaceflight experiment has ever hydrated seeds in lunar gravity. Risk of bubbles or of uneven dispersion were deemed too great. This flight opportunity helps verify the microfluidics delivery system will disperse water to all seeds under lunar gravity. This experiment will be a first step towards a watering system for the Moon.

Our mission objective is to grow the first plants on the Moon. To study germination in lunar gravity and radiation, we have constructed a small technology demonstration habitat. The self-contained habitat has a mass of about 1 kg and is a planned payload on a commercial lunar lander â Moon Express, part of the Google Lunar X-prize competition. It is slated to land on the Moon in 2015. The habitat, once flown, will be valuable as a module to be used on other flight opportunities for LEO, the Moon, and Mars.

The hardware has successfully completed Critical Design Review (CDR). Flight tests of the proto flight unit must be completed before spacecraft integration begins. The Lunar Plants team has identified a parabolic flight including a lunar g-level lasting 20 seconds as desirable to reduce risk. This opportunity will be used to test the water delivery and photographic verification systems will work in lunar gravity after being subject to microgravity.

Potential users include HEOMDâs space life sciences payloads for ISS centrifuges, the Moon and beyond.

This experiment will test four subsystems of a lunar plant habitat: the water distribution system, and to a lesser extent the camera system, the software controls, and the seals. The habitat mass is 1 kilogram, is the size of a coffee can or smaller, and will be hermetically sealed at one atmosphere prior to the flight. 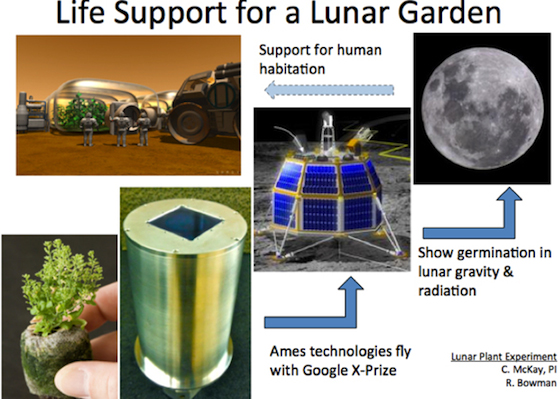