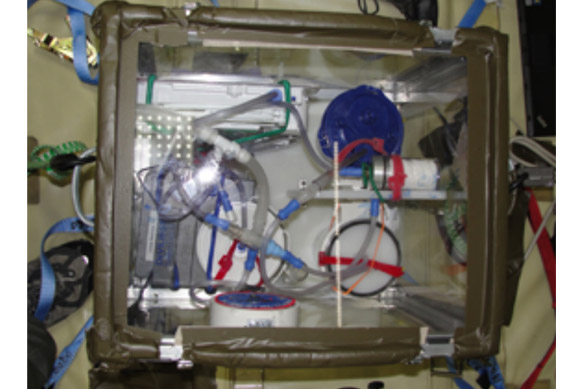 Medical Suction is an important need for treating medical or traumatic injuries that occur in the microgravity environment. A thoracic drainage device with a 2-phase separator functional in the microgravity environment will allow for definitive treatment of medical emergencies and off nominal events during long duration spaceflight. Flight tests requested include validation of the experimental apparatus on a parabolic flight followed by an extended flight on a suborbital flight vehicle. The parabolic flights are to confirm the evolved apparatus design. The suborbital flights are intended to allow testing of the device in a period of extended microgravity, that will allow transition phases observed in earlier parabolic flights to equilibrate out of the system. The suborbital flight will confirm suitability of the equipment for testing in the orbital environment.

These flight tests are a continuation of T0026.