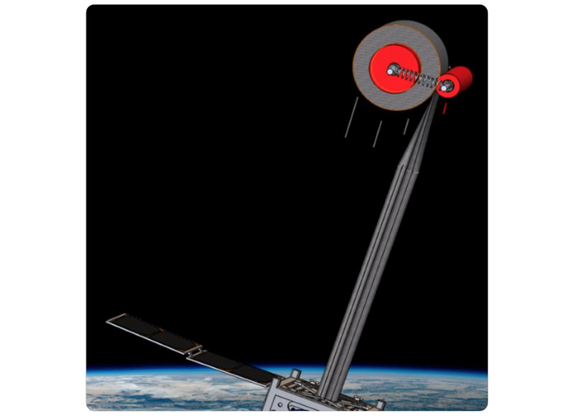 The objective of this flight demonstration is to test and evaluate the deployment mechanism of a deployable spacecraft boom concept in a relevant zero gravity environment. Deployable structures are an important part of most spacecraft to provide instrument isolation, spatial diversity, or increase surface area. Existing deployable structures often have complicated deployment mechanisms with excess mass and a greater potential for failure. The concept under evaluation will reduce both complexity and mass while increasing reliability.

This work will validate a new deployment mechanism in a space relevant environment. This work aligns with NASA's technology road map for applications in both solar sails/drag sails and falls under the concept of structures/light weight composites. It lines up with one of NASA's game changing technologies of composite deployable booms.

This technology has multiple infusion potentials in both short term (CubeSats) along with longer term missions such as NEA Scout.