Transport Properties of Fluids for Exploration 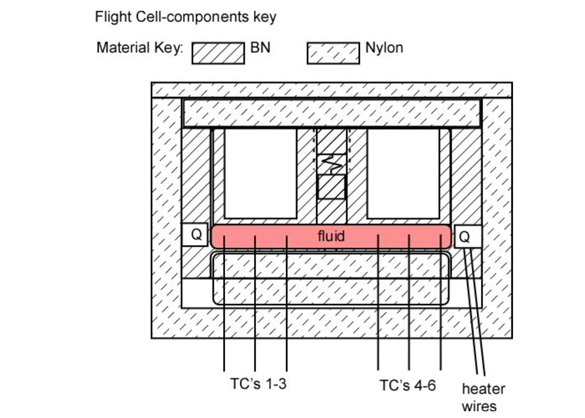 The team has developed, through NASA sponsorship on past projects, thermal diffusivity measurement methodologies that are particularly suited to experimental constraints in a low-gravity environment. These methodologies require only a (non-timed) heat pulse and subsequent temperature measurements in the heated fluid. This flight demonstration will test the operation of the hardware that has only been used in Earth gravity.

The flight test will validate the applicability of the hardware to future low-gravity missions to support exploration initiatives. The hardware will be tested by determining the thermal diffusivity of water and Galinstan. Water is a fluid used in multiple process in spacecraft, while Galinstan represents an analog to possible heat transfer fluids, such a liquid ammonia, or other liquid metals. The current hardware is at TRL 4-5. At the completion of this project, the TRL will be 6-7.