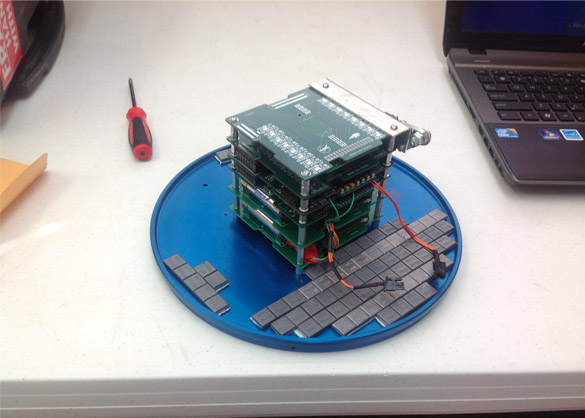 Next on the Pad: RadSat - A Radiation Tolerant Computer System

Flying the system on the UP Aerospace SL-9 vehicle exceeded the original project scope. The new implementation of the computer system (in a 1U form-factor to support subsequent flight demonstrations) was able to operate for 6.5 hours on batteries and log the system counter status, the computation FPGAâs die temperature, and the G-force switch status to an SD-card while operating in a harsh temperature, vibration, acceleration, and micro-gravity environment provided by the SL-9 vehicle.

The opportunity to demonstrate the computer system on a suborbital vehicle through the Flight Opportunities Program was instrumental in maturing the technology to TRL-6. This allowed the hardware to move from a laboratory prototype to a fully functional flight unit. The computer system hardware is moving steadily toward a robust enough platform for subsequent flight demonstrations with minimal investment to achieve the next levels of TRL.