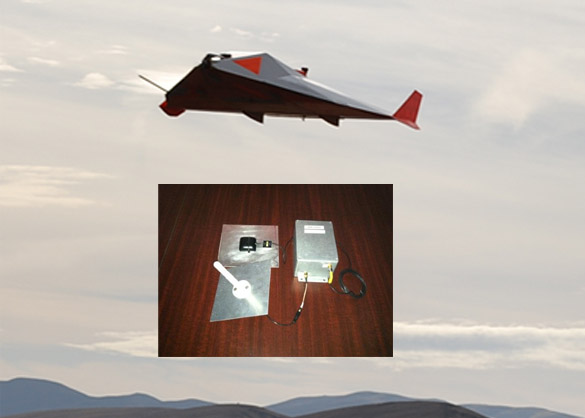 Currently airspace must be sterilized to accommodate commercial suborbital Reusable Launch Vehicle (sRLV) operations. This proposal is to fly the High Altitude Shuttle System (HASS) as a surrogate sRLV returning to earth through the National Airspace System (NAS) to exercise FAA air traffic control systems and Concepts of Operations (CONOPS) for integrating these new aerospace vehicles into the NAS so they can do so on a routine basis while minimizing disruptions to other NAS users (i.e., commercial and general aviation) in the future.

Under this proposal, the shuttle is lofted to 100,000â on a high altitude balloon where it is dropped and flies a gliding recovery to a horizontal landing on a runway, mimicking the flight profile of a returning sRLV. The shuttle will carry a 978KHz UAT ADS-B transceiver to beacon its identifier, position, altitude, heading, velocity, etc. which will be received and processed by the existing ADS-B architecture. The shuttle will also carry a Mode-S transponder and a radar reflector to simulate primary and secondary radar returns from a representative sRLV. Lastly, the shuttle will carry a communications relay payload to allow validation of required radio traffic between a returning sRLV at the FAA Air Route Traffic Control Center (ARTCC) and spaceport terminal airspace operations. The shuttle will fly a programmed representative flight path (heading, airspeed & altitude) to simulate a sRLV returning through the NAS to a horizontal landing. FAA ARTCC air traffic controllers and

The payload for the proposed flights is comprised of commercial off the shelf or previously developed components. In that context, all are TRL-8/9 â for their originally intended applications. However, some of these components have not flown at the 100,000â proposed altitude under the proposed conditions (i.e. unpressurized, exposed to ambient temperatures) and so are technically TRL-3/4 currently, even though the hardware is comprised of actual systems.

Through the proposed flights, the FAA will be able to identify any performance issues relating to its planned air traffic control infrastructure for sRLVs (radars, comms, ADS-B) with an actual surrogate sRLV operating in the planned environment. To optimize the objective of evaluating the CONOPS for suborbital vehicles when they are in the NAS, NSC proposes to conduct this experiment at either Spaceport America (NM) or Mojave Air and Space Port (CA). NSC will work with the FAA Office of Commercial Space Transportation, a sponsor of this proposal, to ensure full integration with existing FAA infrastructure (comm, radar, ADS-B) at the selected location. Where this new infrastructure does not exist at the ARTCC or spaceport (e.g. ADS-B), NSC will work with the FAA to provide representative terminal equipment to support evaluation of all appropriate elements of the CONOPS. This approach has the added benefit of providing initial training for FAA ATC personnel and spaceport terminal operations controllers and demonstrates a capability that could be used in the future to support additional/continuing training at a reasonable cost. In sum, this proposal will make definite progress towards the ability of commercial sRLVs to operate in the NAS routinely without disrupting other air traffic - a necessary condition for the national goal of routine, frequent, safe commercial space operations.