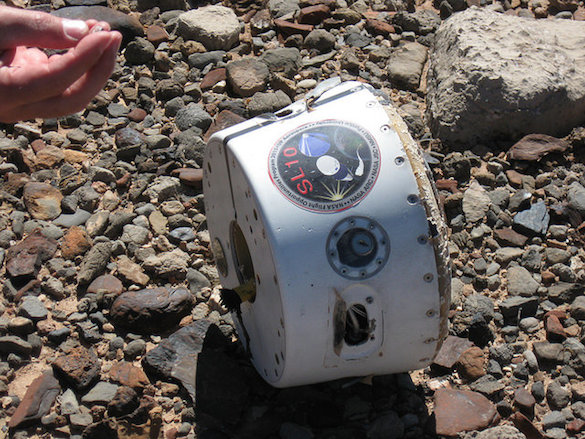 A sounding rocket flying out of Spaceport America in southern New Mexico will be used to help advance the understanding of the high-speed performance and active control of a candidate small atmospheric entry capsule that may one day return scientific samples from the International Space Station or demonstrate Entry technologies later used at Mars. The SpaceLoft XL rocket, built and operated by UP Aerospace, will carry a 15 lb 10 inch dia. subscale prototype of the capsule, to an altitude greater than 110 km, where it will deploy the capsule via spring ejection for a very high-altitude descent towards the earth, aided only by gravity.

Overall this test will investigate and inform the design of the Entry Descent and Landing (EDL) subsystems for a small earth return capsule. Such a capsule design would then allow for the on-demand return of small samples from the ISS and provide for the advancement of other exploration related EDL technologies, by acting as an earth atmospheric entry test-bed.