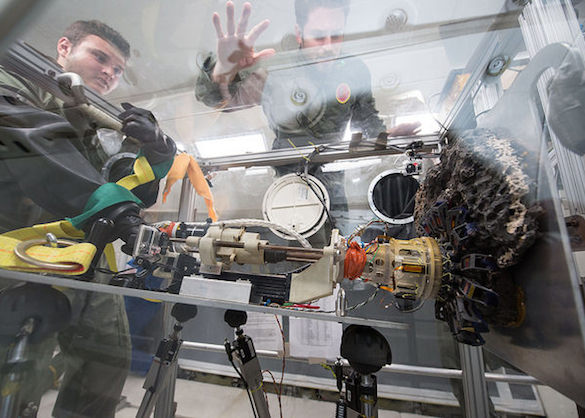 We propose to test a microgravity anchor and rock coring drill aboard a zero-g aircraft to further validate the technology and characterize its performance in a full microgravity environment. The drill uses a microspine anchor to grip the surface of a rock using 100s of sharp hooks. The forces and torques required to drill are redirected back into the rock through this anchor. Several prototypes have been built and tested in the laboratory. The drill has successfully acquired rock cores in flat, vertical, and fully inverted configurations, and the microspine anchors have been used as feet on the worldâs first rock climbing robot.

This technology could be used in the upcoming asteroid redirect mission to grip large boulders during the robotic mission or acquire core samples from rocks that are too large for the crew to transport back to Earth in their entirety. In the long term, the technology could enable the robotic exploration of lava tubes that have been observed on Mars and the Moon.