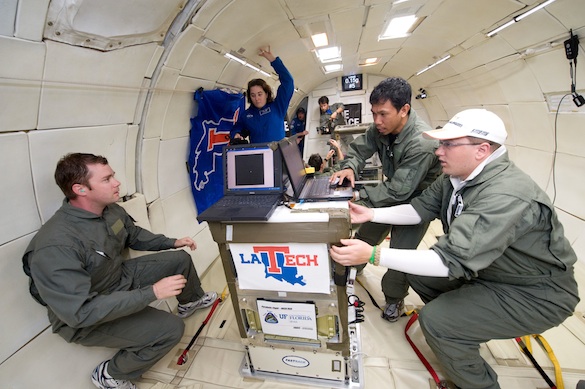 The MEMS (Micro Electro-Mechanical Systems) Radiation project is developing a miniaturized microfluidic (lab-on-a-chip) device that is designed to monitor DNA damage, in real-time, resulting from radiation exposure in space. The instrument under development will (a) use the polymerase chain reaction (PCR) to amplify DNA, (b) thermally image the micro?device to monitor thermal gradients for proper thermal exposure, and (c) use fluorescent imaging to monitor radiation?induced changes in DNA composition. The ultimate goal is to help understand the details of radiation exposure in space and potentially serve as a radiation rapid warning device for astronauts.

The project's goal is to continuously pump DNA within a buffer/oil carrier solution into a microfluidic chip along with a Polymerase Chain Reaction (PCR) mixture. The mixture passes through a temperature gradient PCR microchannel consisting of 40 DNA amplification cycles. Thermal cycling occurs as the mixture travels serially through the serpentine microchannel. Precise temperature regulation is thus key to the device's operation, necessitating the assessment of thermal control in the convectionless microgravity environment.

This project leverages research activity with university partners that are leaders in micromanufacturing (LaTech). The proposed effort will take a technology currently at TRL-5 and through the proposed testing under parabolic flight conditions elevate it to TRL-6 by demonstrating its functionality under microgravity conditions. After a cubesat/ISS flight (targeting 2014), the technology will be further elevated to TRL-7.

Commercial applications of this technology pertain to the development of miniaturized medical equipment such as diagnostic instruments used by emergency responders and personalized caregivers. 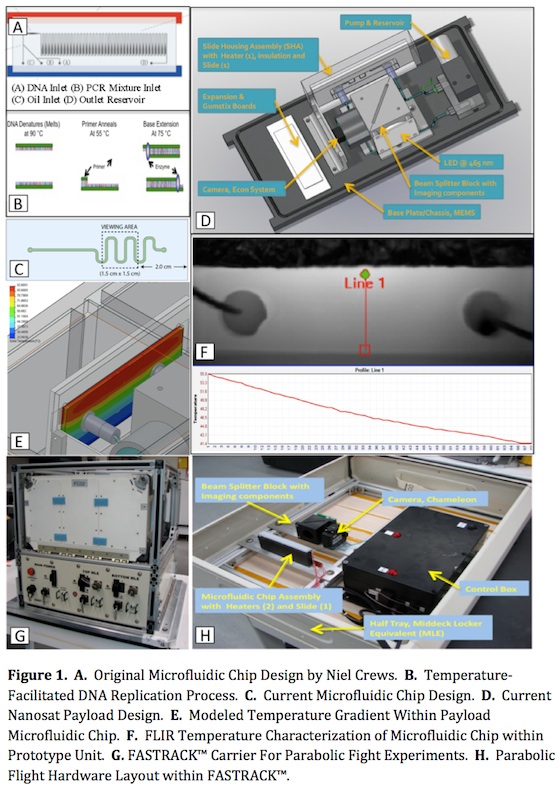