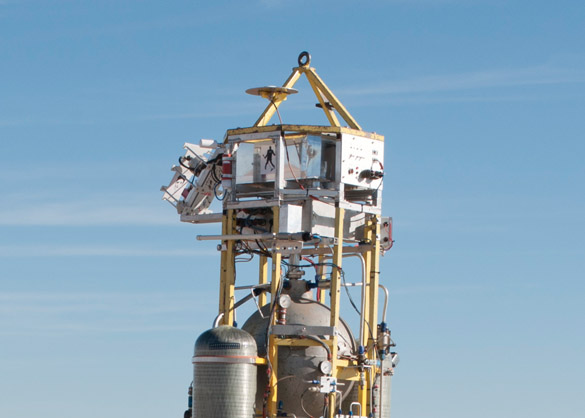 The Fuel Optimal and Accurate Landing System Test Flights (FOALS) is a ruggedized payload that performs real-time terrain relative navigation together with fuel optimal large divert guidance for closed loop real-time testing on a vertical take-off and landing testbed. FOALS requests two flights aboard the Masten Space Systems VTLV vehicle Xombie to demonstrate a complete pin-point descent and landing system for planetary landers and to advance the technology to TRL 6.

Paper at Space2015: Flight testing of terrain-relative navigation and large-divert guidance on a VTVL rocket

Pin-point landing (<100m touchdown error 3-sigma) has been identified as a high priority Entry Descent and Landing technology by the NASA Space Technology Roadmaps (TA-09) and in the subsequent NRC Report âRestoring NASAâs Edge and Paving the Way for a New Era in Space.â It has also been identified for near term development in recent reports focused on Mars exploration including the 2012 Mars Program and Planning Group report and the 2012 End-to-End International Science Advisory Group for Mars Sample Return report. Pin-point landing is a high priority for future missions because it enables landing in scientifically interesting but hazardous terrain on the moon, Mars, and moons of the outer planets. The two technologies enabling pinpoint landing under development at JPL are Terrain Relative Navigation (TRN) and Guidance for Fuel Optimal Large Diverts (G-FOLD).

The state of the art at JPL for terrain relative navigation is the Lander Vision System (LVS) being developed by the Mars Technology Program. The LVS is a bolt-on smart sensor system made entirely from parts that have a clear path to flight qualification. The FOALS technology demonstration payload will be a ruggedized and compact version of the existing prototype LVS computing and sensing hardware with the TRN and G-FOLD software installed and integrated. Current LVS TRL is 4.

With a successful closed loop flight test, there is high likelihood that the Mars 2020 mission will adopt these technologies and use them in the loop during EDL to enable access to the challenging landing sites required for Mars Sample Return.