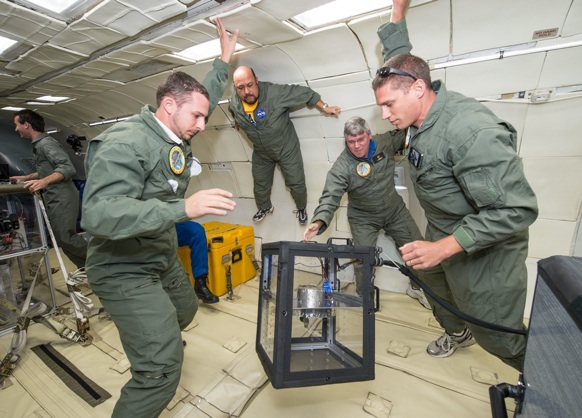 Fission power provides game-changing solutions for powering advanced NASA missions. Radiators are needed to reject waste heat from Fission Power Systems (FPS). Titanium â water heat pipes are being considered for use in the radiators of a fission power system option for lunar exploration. Embedded in the radiators and deployed on the surface, heat pipes would be oriented vertically and would operate as thermosyphons, a subset of heat pipes that have no wick in their condenser. Their design is determined in part by the flooding limit which is attributed to the interfacial shear force at the boundary between liquid and vapor, and occurs when concurrent vapor flow is so severe that liquid flow is prevented. Flooding is determined by the thickness of the fluid film on the walls and the interaction of fluid flow with concurrent vapor counter flow, both inversely proportional to gravity. The planned test objective of this project is to validate the gravity-dependent flooding limit model for thermosyphons.

This work continued with a suborbital flight test in 2015 under T0073 Radial Core Heat Spreader.

Thermosyphons are included in the baseline radiator technology for the Technology Demonstration Unit ground test currently under way at NASA Glenn Research Center. Envisioned to operate for 8 years on the lunar surface, thermosyphons will be needed in the FPS radiator to provide redundancy for micrometeoroid impact risk mitigation. The commercial applications or other characteristics that may be benefit from knowledge gained include other lunar or Martian assets.

The planned test process is to monitor temperature in an array of twelve identical low-mass thermosyphons where a sudden increase in evaporator temperature serves as the indicator for flooding. 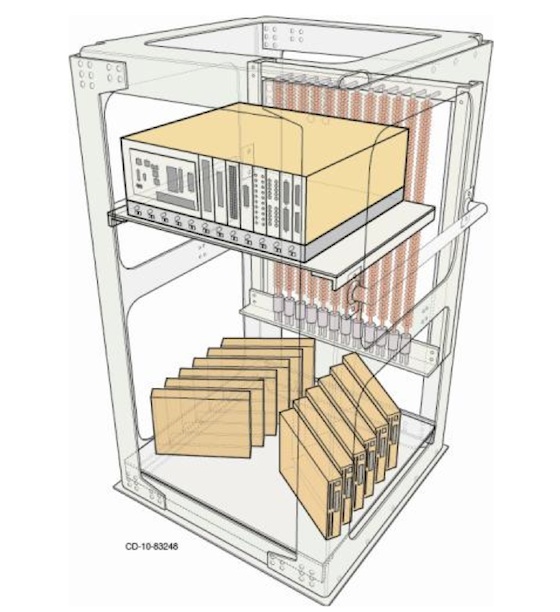