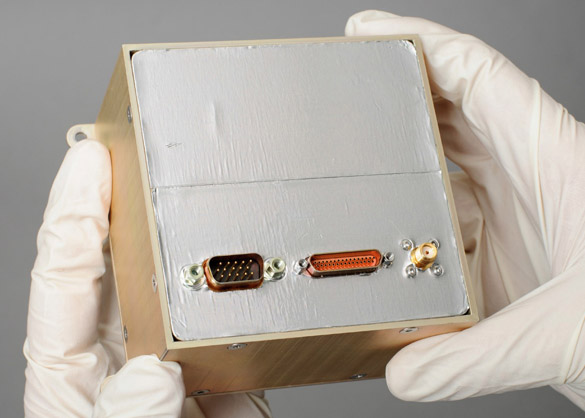 More science experimentation and technology development can be accomplished on nano-satellites than ever before. With this growth in capability, it is highly advantageous to NASA to be able to launch nano-satellites (with mass under 25 kg) as primary payloads into Low Earth Orbit as cost-effectively as possible. AVA (Affordable Vehicle Avionics) is a generic avionics technology that can be easily ported between launch vehicles, and leveraged by several third-party launch service providers. STMDâs Game Changing Development Program (GCDP) is funding AVA development from TRL 5+ to become TRL 6+ in FY15-16. A phased, iterative test approach is proposed with several AVA prototypes flying as non-controlling avionics (piggybacking).

A phased, iterative test approach is proposed with several AVA prototypes flying as non-controlling avionics (piggybacking). The first prototype AVA would fly on a suborbital sounding rocket flight in early FY16. Evaluation of post-flight data and âtuningâ of AVA control laws would then be performed, followed by a second suborbital sounding rocket flight later in FY16.

AVA prototypes must be flown on actual rockets to allow for comparison of recorded AVA navigation data and simulated rocket control commands with actual âtruthâ data and commands collected from test flights. This comparison of data will validate AVAâS performance and provide confidence to launch vehicle developers that AVA can be a viable controller.Without piggybacking on launches, the AVA technology cannot be matured beyond TRL 5.