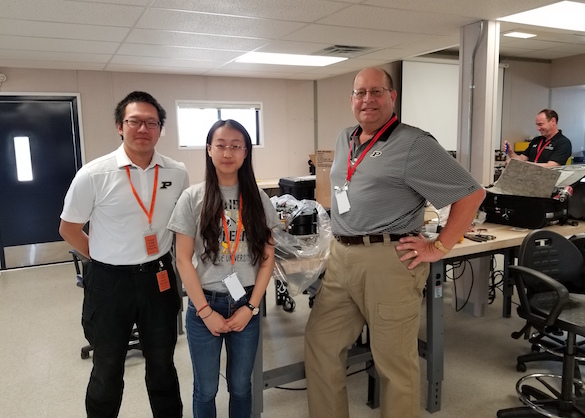 Proposed is a sub-orbital flight test focused on verifying predictive technology for the control of droplets and avoidance of liquid plugs in tubes with and without flow as in a condenser of a zero-gravity pumped phase-change loop for use in spaceflight. Predictive capability for the shape and stability of droplets or plugs of liquid is important for details of condenser flow passage design. The proposed sub-orbital payload seeks to produce rapidly a proof to create confidence in a predictive tool or, in the event of a negative outcome, it will serve as justification for necessary improved tool development.

Pumped phase-change loops for spaceflight are systems with numerous technology advancement needs. The proposed flight test advances one portion of the system technology needs. Others, such as the Flow Boiling and Condensation Experiment (FBCE) being built for ISS, address the flow boiling process and maximum capacity issues. The payload flew twice on parabolic flights and proved that such flights are too jittery for the testing. Thus, the newly available commercial sub-orbital flight is ideal.