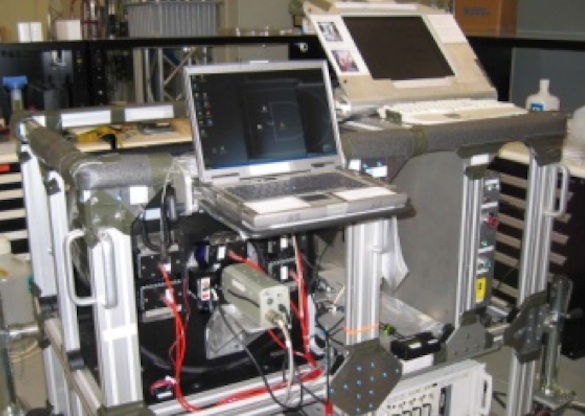 Long duration manned spaceflight is constrained by the supplies required. Consumables such as food, breathing air and water have to be carried along. These supplies constitute a significant portion of the mission mass that has to be launched, and reducing the consumables required is a key area for game changing technologies that will enable manned deep space exploration. Several technologies have been under development to reclaim water in microgravity, with an emphasis on solutions that are lightweight and simplified enough to be robust for the space environment. One promising method is Vapor Phase Catalytic Ammonia Removal (VPCAR). The VPCAR technology recycles grey water (feed) to potable water via a combined distillation and high temperature catalytic vapor oxidation process. This process relies on a Wiped-Film Rotating-Disk (WFRD) to provide the evaporation and condensation surfaces that make distillation possible in a range of gravitational fields from lunar to zero-g.

The VPCAR experiment has previously flown in reduced gravity and uncovered heat transfer loss phenomenon that reduced the process efficiency; with installation of additional components this issue has been mitigated but requires further testing to resolve this issue. Researchers will advance the VPCAR technology and couple (combine) it with the existing Control Moment Gyroscopes (CMG) flywheel subsystems to enable reduction of mass, power usage and system complexity. It is anticipated that this combined system would be employed on all four CMGâs onboard the International Space Station (ISS), adding redundancy and consistency to potable water reclamation from grey water with a lower power consumption rate than is currently realized by the independently operated systems.

Having successfully flown this hardware previously currently the test readiness level (TRL) is seven (7) and with modification and after additional testing this hardware would be brought to TRL nine (9).

The resulting multi-disciplinary system has the potential of better packaging options due to reduced overall volume and built in redundancy. NASA, through its role in the International Space Station (ISS) is the prime future customer.

In this series of test flights a team of KSC and GRC researchers will advance the VPCAR technology by evaluating solutions to previously identified issues. These include evaporation losses and bubble formation that inhibits heat transfer and the gathering of data to tune the efficiency of evaporation performed at the WRFD.

The current VPCAR technology utilizes a ground-based rotating disk water processor that has been modified to function in microgravity. While the program has had several incremental investigations into the evaporation and condensation process of the VPCAR system, these proposed flights for the VPCAR Test Rig involve fluid distribution over the rotating disk combined with evaporation and testing it in microgravity and in a lunar gravity environment. The experiment will utilize optical measuring techniques to measure the fluid film thickness over the surface of a rotating disk, the Wiped Film Rotating Device (WFRD). Fluid film thickness is measured by fluorescence techniques applied to a dye/water solution. The fluorescence technique has been improved by the addition of a 20 milli-watt diode laser and a 12-bit camera. Objectives are to determine the fluid thickness uniformity over the disk for various disk rotational speeds, fluid flow rates, wiper blade materials, and fluid properties. 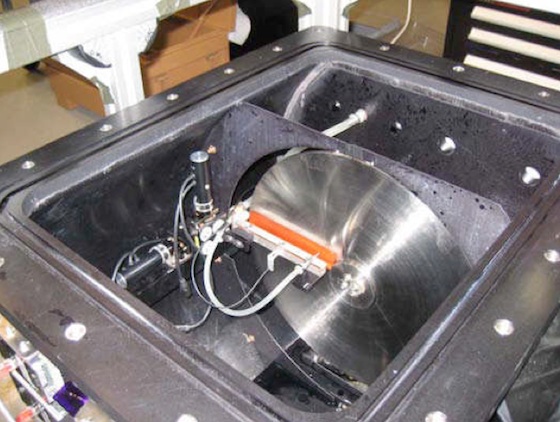