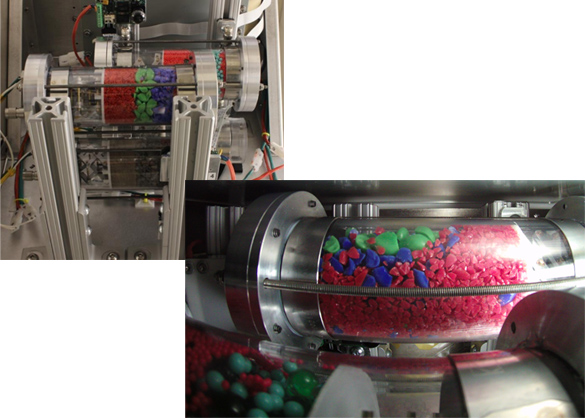 As NASA interest in the exploration of asteroids matures, there is an increasing need for a more detailed understanding of the behavior of the material (dust, regolith) on the surfaces of small, airless bodies, how those surfaces respond to disturbances, and what effects these environments will have on reduced gravity operations. Strata-S1 will compliment an ongoing ISS experiment, enabling testing of technologies that can be leveraged in the future for detailed investigation into the formation and interaction of small particles and layered structures in a low-gravity environment, which will inform robotic and human in situ exploration activities. Testing this experiment on a suborbital flight will advance the TRL of both the technological and scientific goals.

Strata-1 investigates the properties and behavior of regolith on small, airless bodies. Regolith is the impact-shattered "soil" found on asteroids, comets, the Moon, and other airless worlds, but it is different from soil here on Earth in that it contains no living material. Strata-1's goal is to give us answers about how regolith behaves and moves in microgravity, how easy or difficult it is to anchor a spacecraft in regolith, how it interacts with spacecraft and spacesuit materials, and other important properties.

Testing this experiment on a suborbital flight will advance the TRL of both the technological and scientific goals by evaluating the performance of the mechanical devices and the performance of the experiment itself in all phases of the flight, including vibrations and loads during launch, the microgravity environment, and vibrations and loads due to landing.