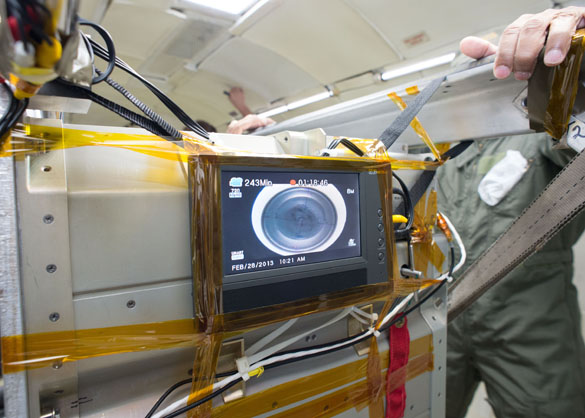 NASA, the United States Air Force, other government agencies, and commercial and academic groups continue to develop two-phase systems for space applications in numerous areas. For example, JSC specifically is avidly interested in two-phase systems for active thermal control and life support. Other areas of potential for these systems include in-situ resource utilization designs for planetary missions, spacecraft using nuclear-based power generation, propellant transfer, and commercial space processing. The primary objective of MFEST is to conduct a pathfinder, suborbital flight experiment that focuses on two-phase fluid flow and separator operations through a representative launch, suborbital, and entry profile.

Two-phase flow experimental studies at partial gravities have been very limited, and primarily conducted using special aircraft modified to fly parabolas. The typical flight profile is limited to an acceleration range of near-zero to approximately 1.8-g, with reduced gravity periods of only approximately 20 to 30 seconds during each parabolic maneuver. A suborbital flight would allow longer-duration, continuous operational testing with variable gravity over a wider range, for both the unique separator concept and two-phase flow design.

The MFEST would provide the first opportunity to operate through a representative full-mission profile using a suborbital vehicle, with exposure to and testing at variable gravity levels for a duration an order of magnitude longer than in specialized aircraft. Additionally, this experiment would identify any significant hardware issues and provide correction or recommendations for this type of design, including evaluation of the separator concept for space applications. The systemâs Technical Re

The experiment was originally designed for the Space Shuttle mid-deck, but was never flown due to mass, crew time, and other mission limitations. For the suborbital flight opportunity, the primary purpose of the test program would be to verify functional operations of the flow system and unique separator for a relatively long duration with variable gravity, in support of future space vehicle designs and missions.

The experiment design will require minimal refurbishment and/or modifications. For one, the separator top or bottom will likely be replaced with Plexiglass to allow visualization of the separator flow. Also, a camera will collect the visual data from pre-flight through post-flight phases to assess the separator core stability. Other data will be collected as designed in the original experiment (temperatures, pressures, etc). Experiment procedures will duplicate existing protocols as closely as possible, to attempt to operate the system as originally intended, with the exception that it will be turned on prior to the flight and operate continuously without human interaction. 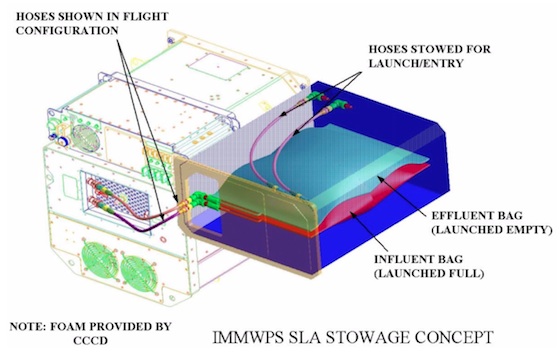