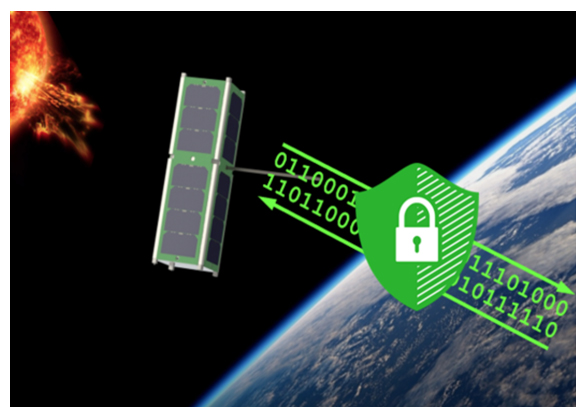 This flight test will demonstrate a novel technology that uses space radiation to create truly random encryption keys for secure wireless communication. The technology exploits the vulnerability of modern Field Programmable Gate Arrays (FPGAs) to ionizing radiation. When radiation strikes an FPGA it causes unwanted logic transitions known as Single Event Effects (SEEs). Though SEEs can cause computers to crash and great lengths are taken in space systems to mitigate them, this technology instead takes advantage of the external nature of these faults to create truly random seed numbers for use in encryption keys.

The weakness of modern encryption standards is not necessarily in their mathematical complexity, but rather in the predictive data patterns that arise due to using encryption keys that are not truly random. This allows attackers to narrow down their key search to those that could be related to the patterns emerging in the data stream. Thus, a technology that can generate truly random numbers in a lightweight, silicon-based form factor can greatly improve both the security and authentication of satellite communication links.

A suborbital flight test on a World View Strato-Craft balloon platform will expose the system to a relevant environment and advance its TRL from 4 to 6. This long duration (~8 hours), high altitude (>30km) test will allow the technology to be bombarded with ionizing radiation without the protection of the Earth's atmosphere and characterize experiments related to the randomness and rate of the SEE generated keys.