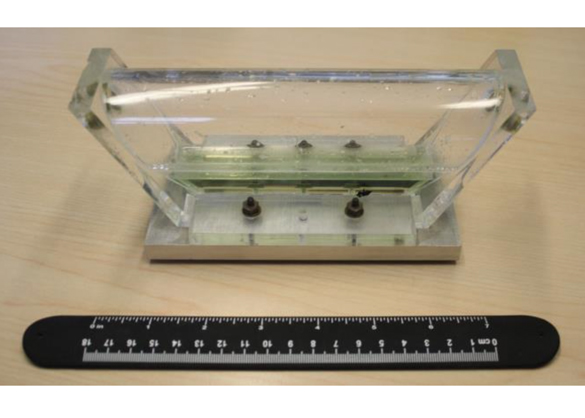 This flight demonstration will generate data to drive improvements in simulation of non-linear contact line motion (or contact angle) on natural frequencies for the capillary-dominated phenomenon of low-g propellant slosh motion.

Non-linear contact line motion has been known since the 1960s to be able to have a large effect, such as a factor of six, on the fundamental natural frequency (presumably on harmonics too). When acceleration exists for the spacecraft, such as during an orbit-raising burn or a trajectory acceleration or correction burn, the acceleration-induced pressure gradient generally dominates over capillary effects and slosh is nearly as simple as one-g slosh on Earth. Two considerations, one old and one new, create a need for gathering data on the low-g response, such as propellant (or coolant, water, or other liquid in use in a spacecraft) settling after a maneuver or docking event or motion of a robotic servicing vehicle: first, little data exists for this common event in spaceflight and thus few models for computation and design exist, and second, the new trend towards smaller satellites reduces uncertainty from scaling up data from these small fluids payloads to true scale.

The proposed payload will fly on a single Blue Origin sub-orbital flight in their double-height payload locker. The novel design for the testing geometry creates two-dimensional mean flow and contact line motion in a three-dimensional container such that the knowledge gathered will be of use for subsequent technology developers to advance most efficiently the development of practical data-based models for the major non-linearities of contact line motion.

Data gathered through this flight test is currently non-existent and will be used to improve slosh simulation models for technology developers.