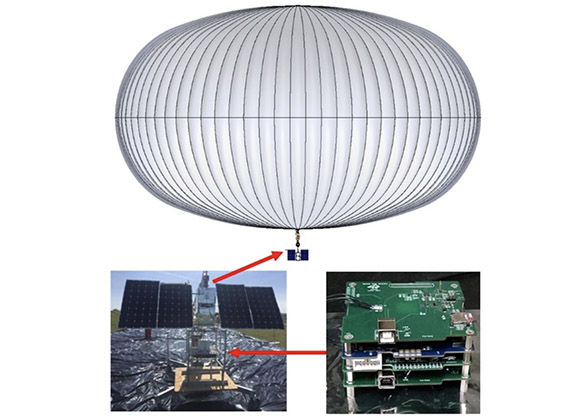 This full-scale Radiation-Tolerant Computer System (RadPC) is designed to dynamically recover when exposed to ionizing radiation. Based on commercial off-the-shelf field programmable gate arrays (FPGAs), the RadPC has a redundant core architecture that replaces faulted processors in real time. Background memory scrubbing and error correction codes further ensure the computer withstands the effects of radiation. If successful, this technology will provide high reliability along with high performance, enabling real-time computing for space science and exploration missions. The term âat-scaleâ refers to running flight software on the cores that will stress the system computationally and expanding the memory protection technique to large arrays of storage as would be needed in a real mission. The proposed balloon test will be the first time the RadPC technology has been demonstrated in its final configuration in a representative environment.

Prior flight testing was achieved under T0088.

Future space science and exploration will rely heavily on real-time computation. While off-the-shelf computers provide the needed performance and cost-point, they cannot operate in space due to the effects of ionizing radiation. A suborbital flight demonstration will test the operation of the full system in a space environment. Tests will include running flight software to stress the system computationally as well as expanding the memory protection technique to large arrays of storage.

Prior subsystems have been demonstrated at TRL 6, but the at-scale version has not been tested in a space environment. A full system demonstration will achieve TRL 7.