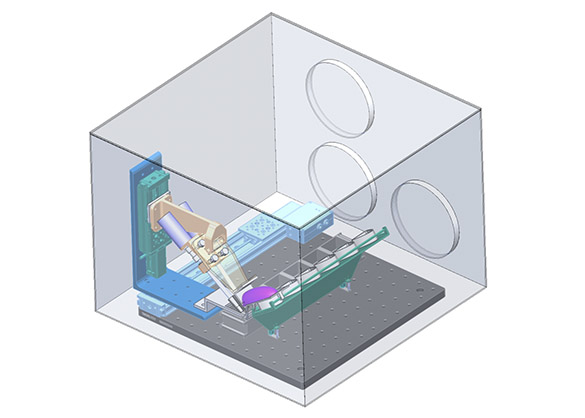 Cassini mission observations indicated that Enceladus has a subsurface ocean which contains the necessary ingredients to sustain life including thermal vent energy sources and necessary chemical elements. Enceladus gravity excludes the use of sampling tools developed for microgravity or low gravity. Validating an analytical model and a sampling tool for such an environment would enable a landed mission to Enceladus. The Dual-Rasp sampling system provides such a tool. Parabolic flight testing will allow analysis of the tool's capability to sample, transfer the sample into the sample cup and retain the sample. It will also validate the analytical model capability to predict the cuttings trajectory and cup sample retention capability.

The Dual-Rasp sampling system has two counter-rotating rasp cutters with teeth that remove material from the surface and throws it up between the cutters. The cuttings follow a guide into a sample collection cup. The sample cups retain the sample during acquisition and allow transfer to the instruments later.

Successful demonstration will contribute to advancing the TRL from 4 to 5 Microgravity and vacuum testing is needed since the particles trajectories and sample retention capability are expected to behave differently in microgravity than in earth gravity environment.