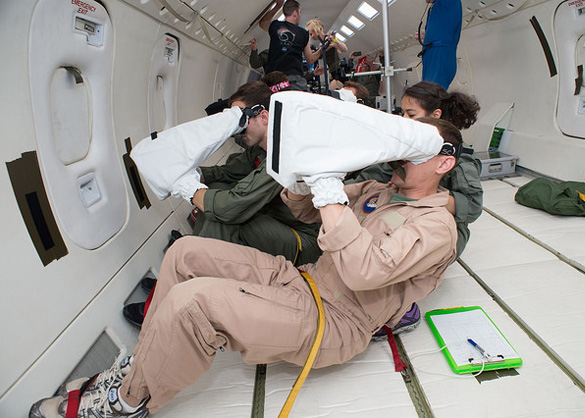 Exposure to novel gravitational environments elicits alterations in sensorimotor responses, such as changes in coordinated head-and-eye movements and variations in spatial perception and memory. Functional consequences include an impaired ability to read, disorientation, dizziness, postural and locomotor disturbances, and motion sickness. Thus, it would be advantageous to design a technology that can quickly and effectively assess sensorimotor function. This study consists of an engineering evaluation in parabolic flight of two novel technologies, one that quantifies vestibulo-ocular function without eye movement recording, and another that estimates an individualâs ability to accurately perceive and report his or her orientation in space. Both technologies incorporate the same portable device that requires little computational power and is simple to use.

Long-duration spaceflight has been shown to adversely affect many aspects of sensorimotor function, which can have serious implications on manual-control tasks and piloting performance, especially during maneuvers involving g-level transitions. Thus it is imperative to be able to assess changes in sensorimotor function to maximize safety and efficiency during long-duration missions. These technologies should ideally require little equipment and power and be simple to use. One of the primary objectives in this study is to determine whether the proposed technology can capture changes in ocular function that result from the known sensorimotor adaptation to the reduced gravity environment. By testing subjects twice during each flight (early and late), and across multiple flight days, we can track these changes.

These technologies can be useful where it is desired to assess vestibulo-ocular function and spatial orientation perception with minimal time and equipment, which includes non-space-flight applications such as terrestrial clinical settings where it is not feasible to have extensive specialized instrumentation for this type of assessment.

In our initial flights, we were particularly interested in the basic operation of our new hardware/software platform â would a tablet computer and wireless motion sensors work in different g levels, would the wireless links function correctly in the aircraft RF environment, would the new tablet display and software control buttons adequately take the place of the previous head-mounted display and control knob. Having established these basic engineering evaluations, we now turn to the task of evaluating the ability of the procedures and equipment to detect sensorimotor changes that occur as a consequence of parabolic flight, which we use as an analog of space flight. Subsequent flights are planned to verify this ability, with refined versions of the tests already implemented and with additional tests of manual control and spatial perception (using the identical apparatus but new software and procedures).

The device includes a hand-held tablet computer, three-axis rate sensors and accelerometers, and red/blue spectacles. This enables assessments of oculomotor responses, on the order of 10 seconds per test, which is especially desirable in the parabolic flight environment. Posture and locomotion testing require longer time spans and this is performed during level flight and lunar parabolas. 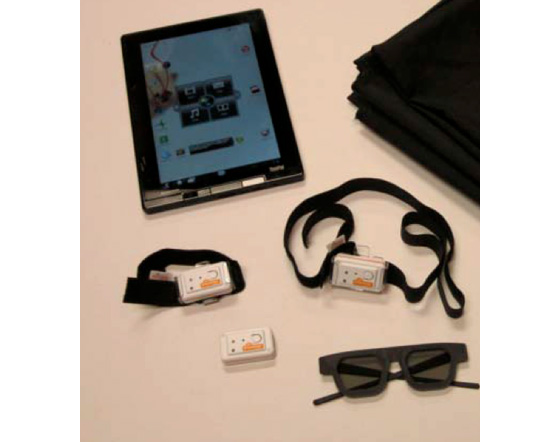