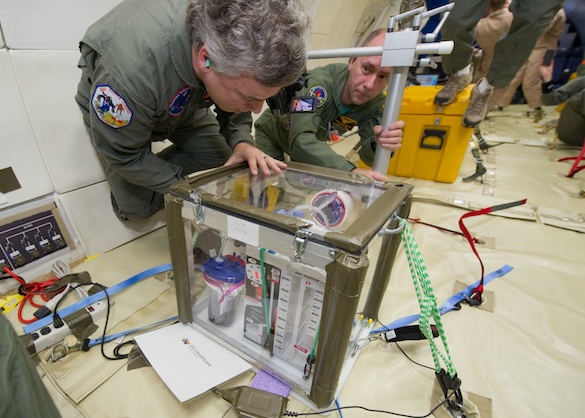 There is currently no medical thoracic drainage system and suction capability that can function with a thoracic chest tube drainage system in the space operational environment. Terrestrial models of thoracic chest drainage systems are based upon a gravity dependant fluid system that requires an upright position for the device. This project seeks to flight test a modification to an existing medical chest drainage system and demonstrate the functionality in a microgravity environment. This is to show proof of concept. The modification uses a novel combination of devices that are FDA approved for human use. It is hoped that by demonstrating a novel combination that is effective in microgravity the enhanced capabilities of this suction device could be utilized in additional terrestrial applications such as medical transport and battlefield medicine.

This work continues under T0162.

Trauma, disease or surgery can interrupt the closed negative pressure system of the lungs and thoracic cavity, causing the lung to collapse. Thoracic drainage devices are a medical device used in treatment of pneumothorax (a collapsed lung, where air has entered the thoracic cavity in the pleural space) and hemothorax (the presence of blood in the thoracic cavity surrounding the lung). Pneumothorax and hemothorax are treated by insertion of a thoracic drainage catheter through the wall of the chest and connecting it to a series of chambers under balanced suction to evacuate the blood and air from the thoracic cavity. The classic system is a three-bottle system. The first bottle collects any fluid or blood from the patientâs chest. The second bottle prevents back flow and high negative pressure from damaging the lung of the patient. The third bottle is used to regulate the negative pressure applied to the system.

This technology is evolved from technology used in the aeromedical flight transport community. The system is currently at TRL-5, as it is a device prototype used in the terrestrial environment. The prototype is a derivative of an FDA evaluated device, with modification of a subsection, and demonstration in the microgravity environment will allow recording and demonstration of orientation independent function and additional information to reviewers. After demonstration the system will be TRL6.

This technology has the potential to benefit NASA, the US military, and the broad medical community. Advances in chest tube drainage technology can be incorporated into general medical usage after undergoing FDA review. The development of a drainage system that can function independent of orientation will be of great benefit to medical providers during any type of medical transport, civilian or military, and can be used in the aerospace or terrestrial environment.

The planned test objectives for this flight opportunity are to provide a proof of concept demonstration of a thoracic drainage device that is capable of functioning in the microgravity environment.

The flight configuration will be the simulator, chest tube drainage device and the suction device connected by tubing and restrained to a support board on the floor of the aircraft. The restraint system will use existing bolt and strap systems to restrain the devices to the aircraft. The system can be adjusted based upon the available footprint of the aircraft to accomodate any operational requirements during flight testing. 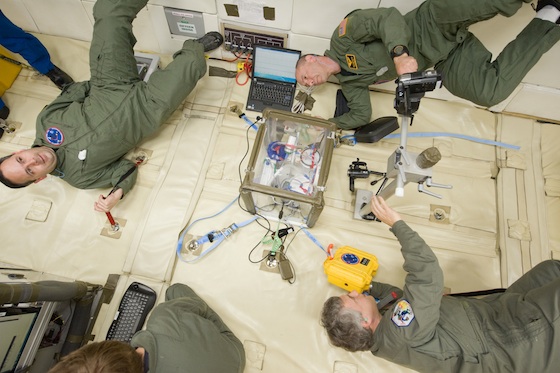