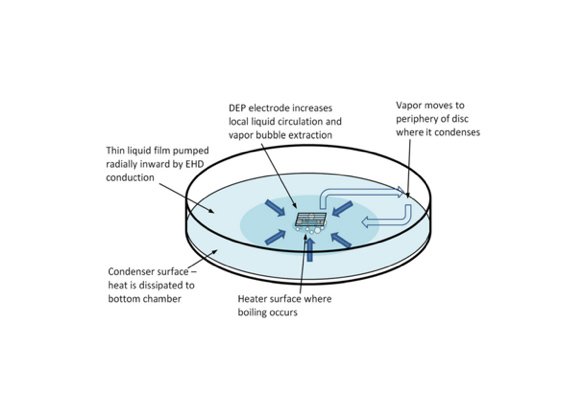 The most advanced thermal solutions in practice are remote cooling schemes which employ liquid pumps or vapor compressors to pump the working fluid throughout the closed thermal management loop. The application of electric fields to two phase flow permits control of the liquid and vapor phases in a range of gravity fields. Electrically driven liquid film boiling phenomena will lead to a gravity independent, embedded hardware approach which will result in higher temperature heat acquisition, lower mass, size and pumping power consumption than the techniques currently used.

Embedded thermal management devices based upon the results of the proposed variable gravity and ISS flight experiments will reduce the thermal resistance which can be used to meet a variety of NASA and DoD identified needs.