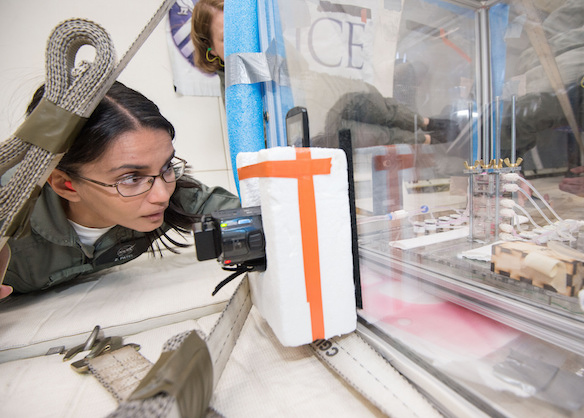 The objective of this project is to develop, test, and verify the functionality of a fully automated cell culture apparatus that will allow for the growth of three-dimensional (3-D) cultures in microgravity. The development of a fully automated 3-D cell culture apparatus for microgravity is important because these 3-D cell cultures can be used to accurately model fully differentiated normal human tissue for the study of the effects of radiation and other non-radiation space environment stressors on multiple biological processes. Additionally, the 3-D organotypic cultures can provide a realistic model for the evaluation of countermeasures such as drug delivery. The long-term objective of this work is to develop an automated cell culture apparatus that can be used to efficiently study the growth of 3-D cell cultures aboard the International Space Station.

We have already developed and tested a prototype of the 3-D cell culture apparatus but are still in the preliminary build phase for our second-generation design. Prior to the previous flight, the apparatus was at TRL 4. Flying the most recent version of the apparatus is critical to its TRL advancement. Several of the developments that allow the apparatus to operate autonomously must be tested in zero gravity before the device can advance to TRL 6.

The capacity to grow and maintain 3-D organotypic cultures in microgravity will be essential for conducting fundamental life sciences research on topics addressed by the OCT Technology Area TA06. Development of a fully-automated cell culture system for microgravity will facilitate this research and dramatically increase the knowledge base required for minimizing the risks of manned spaceflight.

A prototype of this equipment was developed and tested in flight as a part of the NASA Systems Engineering Educational Discovery (SEED) program in NASAâs Microgravity University in the fall of 2009. In the program, a group of five Yale undergraduate students worked with NASA biologist Zarana Patel to design and develop a 3-D culture apparatus that would maintain the air-liquid interface while in microgravity. In the fall of 2010, we worked to improve the design of the 3-D cell culture apparatus to eliminate the problem of air bubble formation. We have also implemented other design changes which include automation of the apparatus so that it would be easier for parabolic flight crew, and eventually astronauts and other microgravity researchers, to operate this equipment.