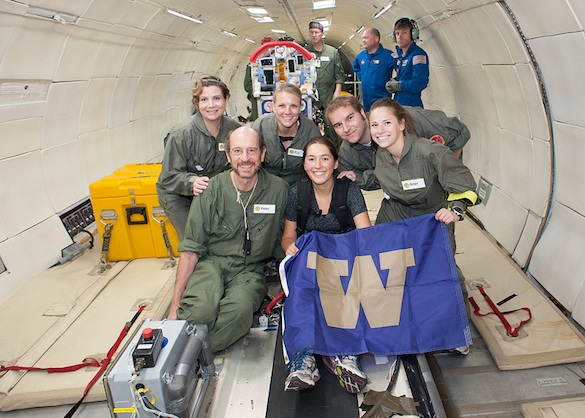 One of the key questions that remains unanswered as we prepare to send humans to other planetary surfaces is the degree to which living and exercising in these reduced gravity environments will provide an osteo-protective stimulus to prevent the loss of bone mineral density (BMD) that has been observed in microgravity. As a primary endpoint of the NSBRI-funded Monitoring Bone Health by Daily Load Stimulus during Lunar Missions project, a small, wireless activity monitoring system has been developed to monitor the mechanical stimulus delivered to the lower extremity during complete days of activity during space missions in a pre-emptive approach to bone health maintenance. The activity monitoring system consists of two units housing tri-axial accelerometers, tri-axial rate gyros, and a Bluetooth radio for wireless communications.

The system has been tested in a three-part study utilizing the enhanced Zero-gravity Locomotion Simulator (eZLS) at NASA Glenn Research Center. A total of 42 subjects were recruited to wear the activity monitoring system while performing locomotor and functional tasks at a simulated 1g, 3/8g, or 1/6g. These data have provided a characterization of the expected response from the sensors in the simulated environments.

Ultimately, it is desirable to have the activity monitoring sensors be utilized aboard the International Space Station (ISS) or during future lunar or Martian missions. The next step in validating the use of these sensors in a reduced gravity environment is to fly them aboard the parabolic flight program. The testing would consist of approximately 4 flights over the length of one campaign. Varying gravities will be experienced allowing for Martian, lunar and zero-g parabolic testing.

The intended users of the activity monitoring system are flight surgeons, exercise specialists, and crew members aboard the International Space Station or on future Martian or lunar missions in order to monitor the mechanical stimulus delivered to the lower extremity in a pre-emptive approach to bone health maintenance.