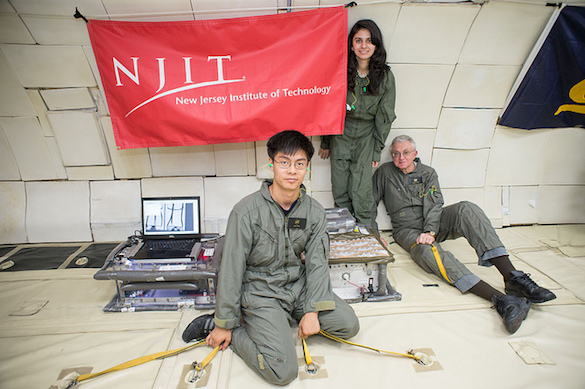 The lack of the gravity-driven gas-liquid phase separation in microgravity has severely compromised a wide range of space technologies, ranging from liquid pumps to volumetric techniques for sampling liquids and to electrolytic oxygen generators. Even the removal of bubbles growing on surfaces in contact with a liquid presents a challenge in microgravity. Unexpectedly, while carrying out experiments on polarized suspensions in microgravity aboard the NASA aircraft in 2003, we observed the appearance of a gas-liquid phase separation caused by the application of high-gradient electric fields. Based on these observations and supported by a NASA grant, we developed a novel method for the field and flow driven concentration and removal of air bubbles from fluids in microgravity. The proposed method is based on the discovery of collective electro-hydrodynamic (EHD) phenomena in ensemble of bubbles driven by the interplay of electric and hydrodynamic forces.

These parabolic flights tested the setup that lead to ISS experiments in this paper.

The main idea behind our method is to apply an electric force directly to a fluid via capacitive coupling to external electrodes in order to eliminate the adverse effects of electro-chemical reactions at the fluid-electrode interface. The EHD method can induce a gas-liquid phase separation even in a microliter-sized volume of bubble dispersions, requires no moving parts and offers easy adaptability to electronics. However, it remains unclear the extent to which neutrally buoyant particles subjected to an electric field can mimic the field driven behavior of bubble dispersions in microgravity. The parabolic flight tests are therefore required to provide the ultimate proof-of-concept for the EHD gas-liquid separation in microgravity and elucidate the salient effects of the buoyancy force.

The current level of the EHD technology is TRL 3/4. Parabolic flight tests should provide the ultimate proof-of-concept for the EHD method of the bubble concentration and removal in a microgravity environment. The TRL can be raised to 6/7 and above within 3-4 years after flight tests.

If successful, flight tests should validate the EHD method and provide critical data for the development of EHD devices to control, manipulate, and separate bubbles in a wide range of space technologies.

We plan to assemble the EHD system in flight-test configuration and carry out flight tests on four fluids with different properties in a weeklong campaign with 4 flights and vary an applied voltage and a bubble size from one parabola to another in a flight. Our estimates indicate that 15-20 seconds of zero gravity would be sufficient to test theoretical predictions for the bubble segregation and removal. Basic system fluidic and electric components will represent a miniaturized version of our unit for experiments on the suspension electro-hydrodynamics flown in 2003. 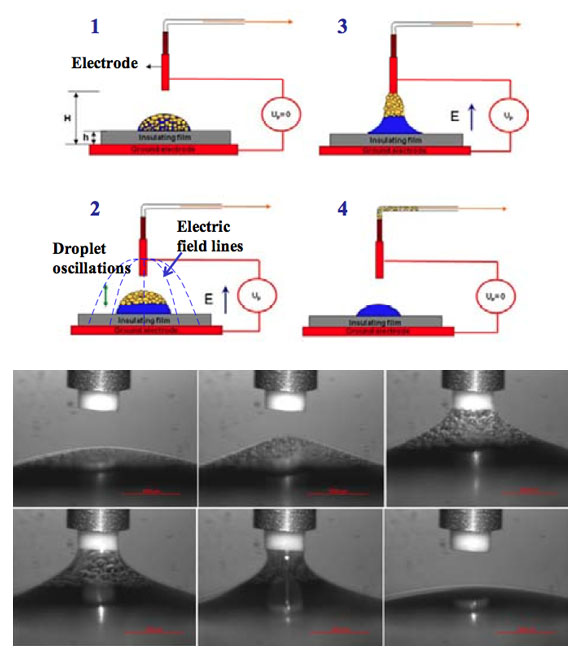