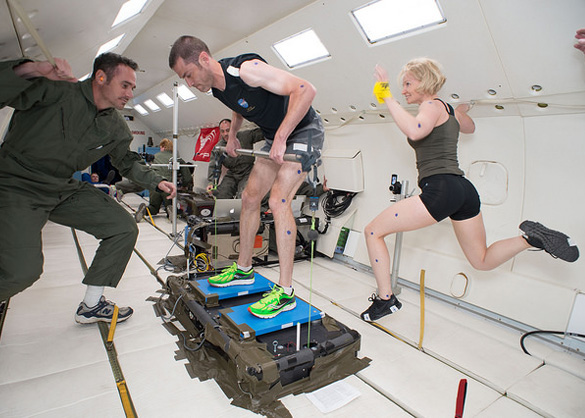 To combat the physical toll that exploration space flight may take on the crew, NASAâs Human Research Program is charged with developing exercise protocols and hardware to maintain astronaut health and fitness during long-term missions. As NASA aims toward space travel outside of low-earth orbit (LEO), the constraints placed upon exercise equipment on-board the vehicle increase. Proposed vehicle architectures for transit to and from locations outside of LEO calls for limits to equipment volume, mass, and power consumption. The goal of the Advanced Exercise Concepts (AEC) project is to maintain the resistive and aerobic capabilities of the current, ISS suite of exercise equipment, while making reductions in size, mass, and power consumption. Currently, the AEC team is in the testing and development phase of a next-generation device, the Hybrid Ultimate Lifting Kit (HULK), which is a candidate for demonstration on-board the ISS. In order to prepare and further develop the hardware, the required exercises performed on the device need to be characterized in a zero-gravity environment.

The analysis of the exercises and the equipment performance during parabolic flight will allow for comparisons to performance on the ground, improvements in design, improvements in exercise prescriptions, and user interface considerations that may be unique to a weightless environment. These activities will help validate the system for use in microgravity and allow the team to assess the readiness of the design for flight on-board the ISS. Currently, the device is scheduled for demonstration onboard the ISS in 2016, but accelerated scheduling (which completion of parabolic testing may allow) could move the project launch date to the end of fiscal year 2014.

Testing on-board the aircraft will consist of a variety of resistive exercises that are currently prescribed to crew members on-board the ISS. Examples of typical exercises include: squats, heel raises, dead lifts, and bench presses. Four test personnel will be required for testing of the system during flight. One subject will be tested at a time, with two test personnel required for spotters and equipment operations, and the final person serving as the test operator. Four flight days are requested so that the exercises can be performed by multiple subjects, which is important so that the equipment and exercises can be validated for crew members of various body sizes and statures. 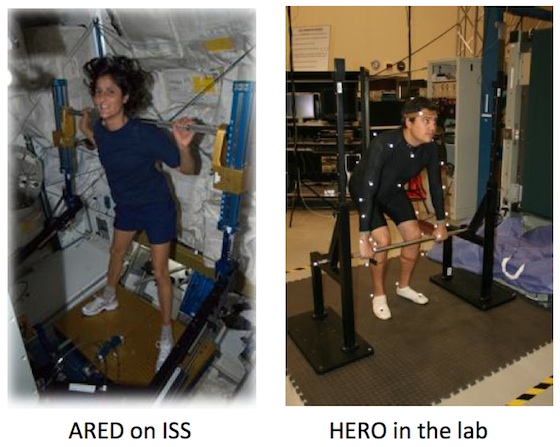