This project is aimed at developing an autonomous suborbital flight experiment to validate a recently developed robotics-based method for identifying the unknown or changed inertia property (the mass, mass center location, and moments of inertia) of a spacecraft in orbit. Such a method can be used to enhance spacecraftâs state estimation and control capability for future on-orbit servicing missions such as satellite refueling, rescuing, repairing, orbit debris cleaning, etc. The project is built on the success of our prior research efforts with a new emphasis on the development and test of the inertia identification method in microgravity condition which will be provided by suborbital flight. A two-flight approach is proposed in order to ensure the success and safety of the experiment.

In the project a group of undergraduate students from Aerospace, Mechanical and Electrical Engineering of New Mexico State University (NMSU) will design and develop a flight experiment system which will automatically eject a flight unit when the launch vehicle reaches 0-G phase and re-capture it when the 0-G phase is about to end. After the ejection, a small robotic arm onboard the flight unit will move around, causing attitude and angular velocity changes. The flying unit (representing a flying satellite) will measure and record the resulting 3D motion data including video images while it flies within the experiment compartment. The flight data will then be analyzed for identifying the inertia parameters of the flying unit. To assess the accuracy and performance of the tested inertia identification method, the values of the inertia parameters identified from the flight data will be compared to those independently measured using other experimental methods such as the air-bearing based and pendulum-based tests. 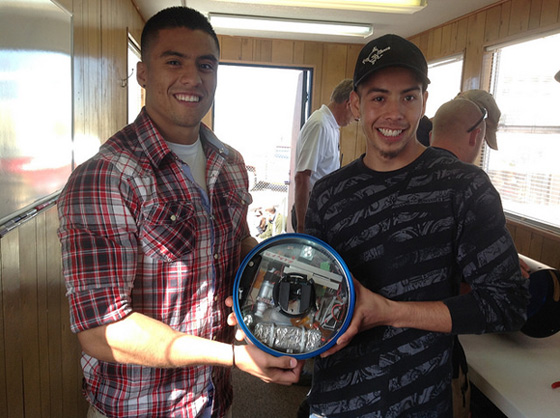