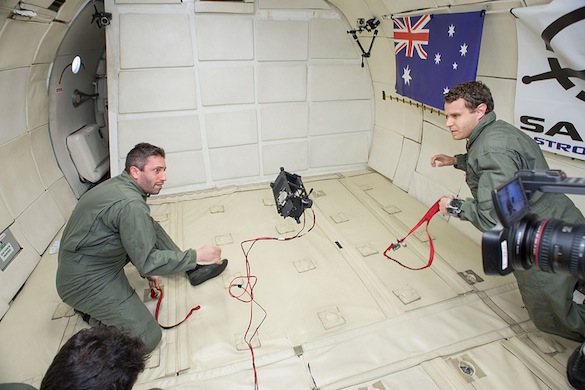 The purpose of this parabolic flight campaign is to validate the Saber Astronautics DragEN tether deployer in order to minimize the risk of anomalies during spaceflight. The DragEN (Deployable for Recovery through Atmospheric Gravity ENtry) is an electrodynamic tether deployer which enables responsible de-orbit for a CubeSat at the end of its mission life. Current drawn from the tether reaction to the space environment also provides an extra source of electric power. This saves the CubeSat from becoming space junk, while simultaneously giving a small power boost in the last two weeks of life. The tether can also give data on upper atmospheric plasma and space environment, inferred from current drawn on the tether as the CubeSat orbit decays. This simple approach allows upper atmospheric data to be collected at an altitude not easily observed otherwise.

The number of pico satellites launches is expected to double over the next decade. These small satellites, while cheap, have low maneuverability and experience very high failure rates (up to 50% for CubeSats). There is a corresponding increase in attention to space junk, with greater liability placed on the satellite operator if their defective spacecraft poses a hazard to more expensive satellites. As pico satellites leave the realm of academia and gain more commercial momentum, the need for reliable de-orbit technology becomes acute.

The simple, yo-yo design is intended to ensure a smooth deployment of approximately 200-meters of tether. This is significant because many previous tether experiments failed due to incomplete rollout, snags on the tether line due to uncontrolled dynamics.

Since the problem of space junk is a global issue, a reliably working tether deployer is just as important to NASA as it is for any other major spaceflight program.

The key objectives are to validate various phases of operation. Phases include Deployment, Rollout, and Deceleration:

Deployment phase: Deployment will be measured visually using a static video camera and ruler background to track the motion variances within the first 5-meters of deployment. Tests will demonstrate that release and deployment of the DragEN occurs consistently when commanded and without undue dynamics of the deployment mechanism.

Rollout phase:Post deployment tests will validate that the rollout of the tether is consistently smooth and does not snag, break, or sway.

Deceleration phase:Breaking tests will measure the deceleration rate for space rated epoxies in the final phase of rollout. We will also assess and mitigate any physical risks occurring from press fitted and moving components. 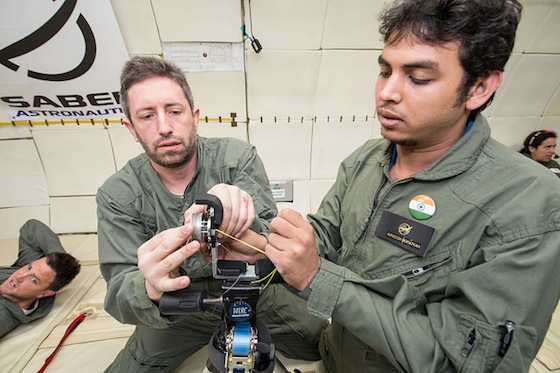