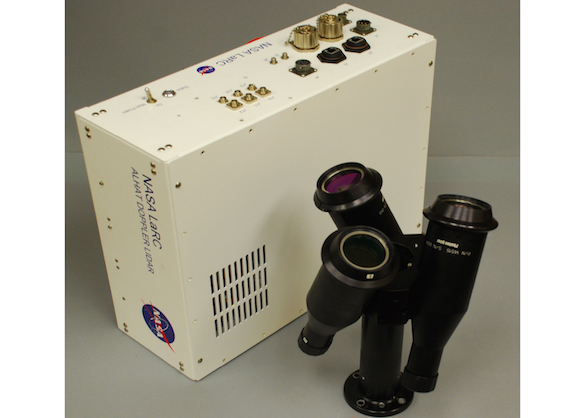 Future robotic and manned missions to the solar system bodies (Moon, Mars, Asteroids, etc.) demand accurate knowledge of ground relative velocity and altitude in order to ensure soft landing at the designated landing site. Some missions may even require landing within a few meters of pre-deployed assets or landing in a small area surrounded by rocks, craters, or steep slopes. To meet these requirements, a Doppler lidar sensor has been developed by NASA-LaRC under the Autonomous Landing and Hazard Avoidance Technology (ALHAT) project. A prototype version of the Doppler lidar has recently been completed and ready for demonstration flight tests. We propose a closed-loop flight demonstration of this Doppler lidar on the Masten suborbital reusable launch vehicle (sRLV).

The Doppler lidar will begin its operation during the powered descent phase from an altitude of a few kilometers above the ground. The GN&C system processes the lidar data to improve the vehicle position data from the Inertial Measurement Unit (IMU) that after long travel time from Earth are grossly inaccurate by hundreds of meters. The improved position knowledge along with the lidar precision vector velocity data enables the GN&C system to continuously update the vehicle trajectory toward the landing site. In addition to the precision trajectory determination, the lidar data will play important role in performing the soft landing maneuver.

Flight demonstrations on the Masten sRLV will raise the TRL of the NDL from 5 to 6, and serve as a major step toward providing the NDL as a standard landing sensor. The sRLV flights will demonstrate the capabilities of the NDL for future landing missions and gain the confidence of the mission designers in this advanced technology.