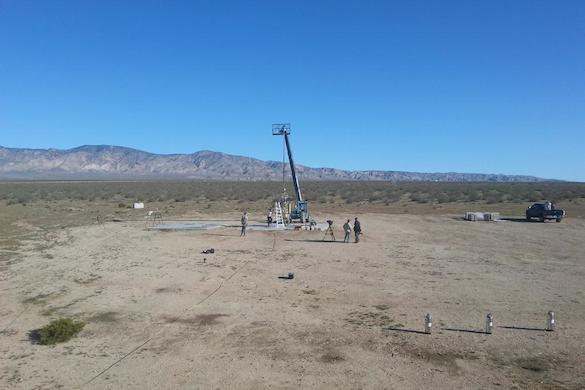 The program will design, fabricate, test and fly a multi-modal, high-resolution mapping instrument to characterize pits, craters, and other convex features in flight. The instrument will fly on a Suborbital Reusable Launch Vehicle to an altitude of 600 m and map a 225 km2 area with cross-registered color, depth, temperature and magnetic field.

Subsurface caverns may be the best hope for safe havens and habitation on the Moon, and the best place on Mars to find life. They can reveal a planetâs geology, climate, and even biology. While planetary caves have been hypothesized for decades, they have not been plausible exploration candidates due to lack of surface access, difficulty of operation, and obscurity from orbit. Newly discovered planetary pits might be key to accessing subsurface voids, caves, and lava tubes. While the existence of pits is now unambiguous, how to explore them and whether any lead to extended caves and lava tubes is unknown. Pits, voids, and skylights occur on planetary bodies throughout the solar system, and their study could broadly impact planetary science and exploration. Pit crater chains have been identified on Venus (Bleamaster and Hansen 2004); Earth (Ferrill, Wyrick and Smart 2008); the Moon (Robinson, et al. 2012) (Head and Wilson 1993); Mars (Cushing 2012) (Wyrick, et al. 2004); Phobos (P

Robotic explorers can approach, enter, and model these features at thousand-fold increased resolution relative to orbital means, and perform physical sampling and analysis to achieve unique science not otherwise possible. Pits and caves are compelling destinations for humans, and can be made accessible through robotic exploration. Initial missions to these features will approach from the sky. Reconnaissance from flyover modeling will be used to inform approach and entry paths for rovers. It will