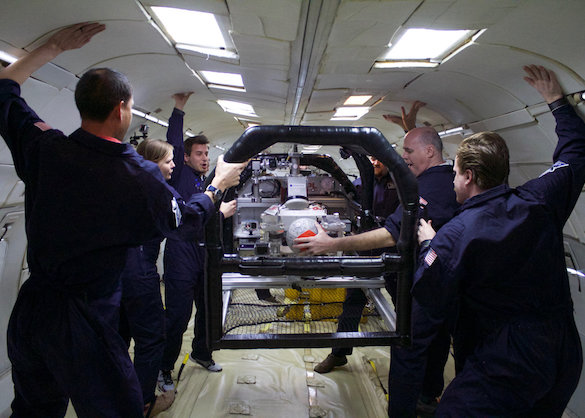 The SPECTRE projectâs main objective is to mature a space technology known as a flux-pinned interface (FPI) by demonstrating the system-level hardware in a relevant microgravity dynamics environment. FPIs leverage the physics of magnetic flux pinning to enable close-proximity spacecraft to maintain a stable relative equilibrium without mechanical contact or active control. This capability could fill a key technology gap for sample capture, manipulation, and containment assurance for a potential Mars Sample Return (MSR) mission, as well as other elements of TA4: formation flying, docking, grappling, and tunable isolated pointing platforms. Missions such as on-orbit satellite servicing, telescope assembly, and precision pointing may benefit from this work, because maturing the models for an MSR-oriented FPI also improves the system development for these other application areas.

FPI is one of several concepts under study for Orbiting Sample capture and orientation: Sample Capture and Orientation Technologies for Potential Mars Sample Return (PDF 2018).

In March 2017, the JPL Mars Program Office funded two microgravity flight days for the first SPECTRE flight campaign. This campaign demonstrated the interface dynamics in microgravity with a to-scale interface, and provided significant inputs to the modeling work for a potential future Mars application. After reviewing the data from these flights, some small modifications are being made to improve the hardware (including the addition of a launching mechanism) in preparation for a second microgra