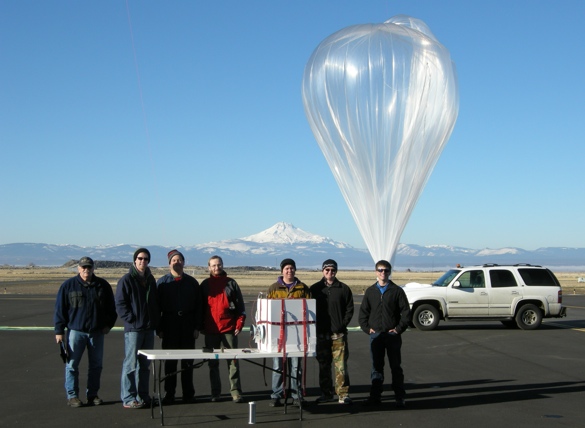 A significant step in addressing the safety of commercial space vehicles is the development and testing of a flight information recorder or âblack boxâ. It is envisioned that Structural Health Monitoring (SHM) would be an integral part of the âblack boxâ and would record information on structural integrity during all stages of spaceflight. Consideration of SHM data is useful in pre-flight diagnostics, in-orbit operation and tuning, and in analysis of structural behavior (or disintegration) during spacecraft reentry. SHM information would also play a prominent role in space vehicle re-certification for the next flight.

SHM technology has already found many applications in ground, naval and aeronautical vehicles. However, application of SHM for spacecraft, despite its obvious future use, has not been thoroughly studied. Difficulty in testing in real space environment is one of impeding obstacles. Until SHM is validated during real missions, limited number of customers would be inclined to integrate this technology into their products. This project is aimed at addressing this difficulty and proposes validation of SHM in a realistic environment. Such a validation implies advancements in understanding of sensor behavior in space environment, influence of space weather, effect re-entry conditions and many other factors.

The hardware tests included in this project are aimed at maturing the SHM technology to the level of practical use in spacecraft. There are several technologies in this project, some at TRL3 and some at TRL4, we hope to reach TRL 5 with the flights.

There are many commercial benefits of the SHM. Components validation, rapid assembly, spacecraft integrity assurance during delivery and launch are among obvious ones. The potential of the SHM technology spans from pre-launch diagnostic of space vehicles to in-orbit assessment of structural performance and monitoring of spacecraft disintegration during reentry.

The first experiment, elastic wave propagation SHM, utilizes hardware commercially available from one of major SHM companies. During flight, elastic waves will be transmitted and collected by piezoelectric sensors to yield information on damage presence in an aluminum structure. This test is also aimed at studying fundamentals of elastic wave propagation in spacecraft structures subjected to realistic flight environment. In the second experiment, electro/magneto mechanical impedance of active sensors integrated into the spacecraft structure is measured. Due to electro/magneto mechanical coupling, local structural dynamics is reflected in the sensor signature and is utilized to monitor integrity of structural joints. The third experiment is aimed at demonstrating wireless sensing capabilities during spaceflight and explores commercially available hardware configuration for strain or temperature sensing. 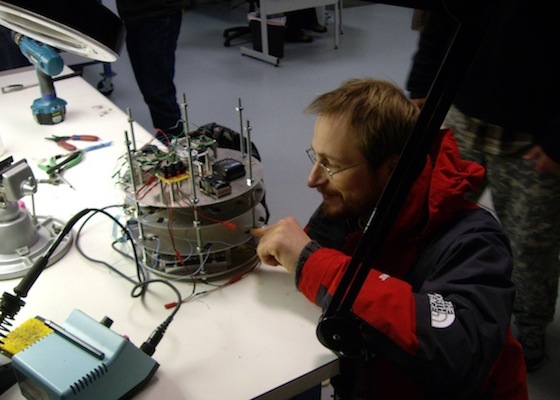