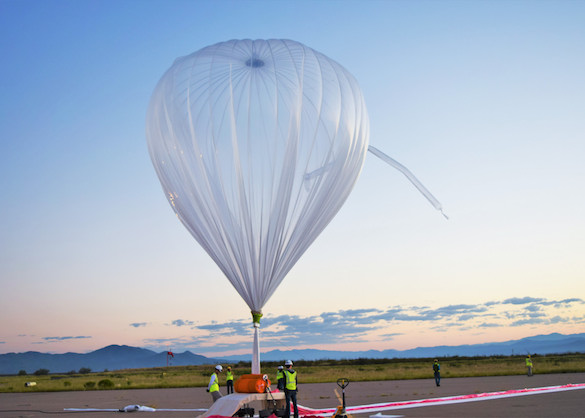 We propose to develop and test-fly a solar pointing platform for compact remote-sensing instruments aboard the new generation of manned commercial suborbital vehicles. A major reason for the success of NASA's unmanned solar sounding rocket program has been the availability of the SPARCS pointing system, which provides arcsecond-class pointing to the entire sounding rocket payload; in turn, this enables concentration of effort on the actual instruments to be flown.

Current manned commercial vehicles offer degree-class pointing with a human pilot in the loop. SSIPP is a flexible, optical-table-based system that locks onto the solar limb and delivers an arcsecond-grade pointed beam to an instrument that can be built up on the compact table or attached to the SSIPP unit. This will enable novel suborbital science with effort comparable to that of a visiting instrument at a ground-based observatory, rather than (as now) requiring major per-instrument design and integration effort to provide a stable pointed platform.

SSIPP is operable inside the cabin or outside the cabin in vacuo. The SSIPP is self-contained and vehicle agnostic, but is developed in concert with XCOR's Lynx team to ensure compatibility. We will develop, build, integrate, and test the SSIPP with a simple instrument -- a narrowband near-UV imager -- in a rapid, two-year program. To ensure operational familiarity and reduce risk, we flight-test the SSIPP in a commodity small aircraft.

If selected for a follow-on space flight, we will fly the SSIPP in the rackmount Payload A space (in lieu of a passenger) on the XCOR Lynx vehicle. On completion, we will make the SSIPP available as a facility platform for future missions with qualified PIs.