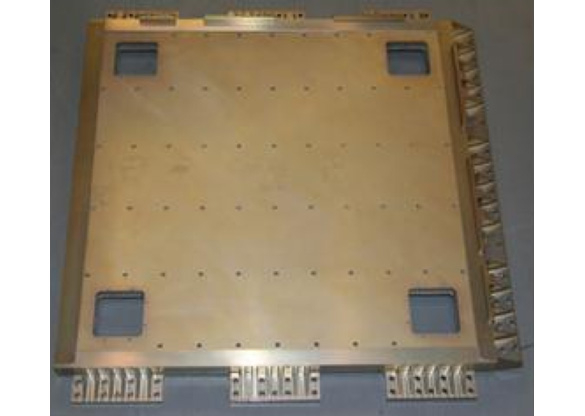 Due to current industry trends in electronics component design and packaging, spacecraft are becoming smaller and more powerful. As a result, spacecraft power densities are projected to increase dramatically in the coming years, and thermal considerations are expected to become an even larger problem than on current spacecraft. This project presents a new thermal control solution in development at the Air Force Research Laboratory called the Resilient Thermal Panel, which provides a 30X increase in thermal performance by integrating a two-dimensional flat heat pipe into a thermal skin in a honeycomb structural panel. The Resilient Thermal Panel is critical to next generation spacecraft design by making each panel on the bus isothermal. A thorough characterization of the Resilient Thermal Panel in micro-gravity is necessary to verify heat transfer occurs through capillary action rather than gravity-assisted thermosiphon effects, to validate the thermal/fluid models for optimization of the current system and to design future generations of two-phase multi-functional structures.

By reducing thermal gradients, an isothermal bus can increase the life of components and lead to more efficient operations. To achieve these benefits, flat heat pipes have been embedded in a composite structure which increases the effective conductivity of the material without adding parasitic mass. A grid pattern on the exterior of the panel allows for attaching electronic components as needed. It is well known that the behavior of two-phase flows is quite different in microgravity, and this could affect the performance of the embedded two dimensional heat pipe. Because gravity effects influence the distribution and the behavior of the fluid and vapor in the Resilient Thermal Panel channels, ground testing skews test results by 15% or more compared to thermal/ fluid model predictions because of pooling, thermosiphon, and other gravity effects.

The anticipated outcome of the proposed experiment is a better understanding of how microgravity will affect the performance of a two phase flow in microgravity and specifically wicked two dimensional heat pipes. Of particular interest is a better understanding of the physics of the two dimensional heat pipes and determining if any of the thermal performance is due to convection as observed in thermosiphons.

Resilient Thermal Panel is an adaptable, cross-cutting technology that can be applied to all high-power spacecraft, cutting weight and increasing power capabilities for nearly all future missions.